The ABC in Perth managed for many years with substandard accommodation until purpose built facilities were constructed for both radio and for the introduction of public owned television in Western Australia in 1960. 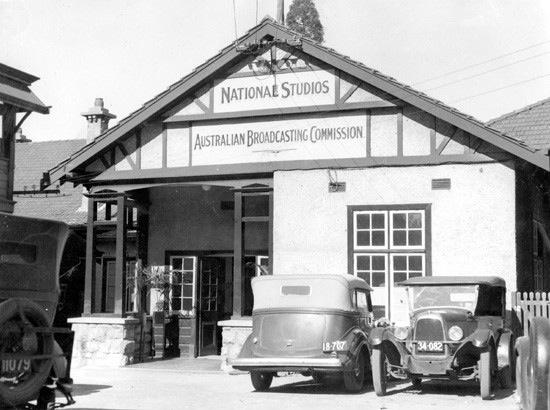 The ABC moved to the Supreme Court Gardens in 1937 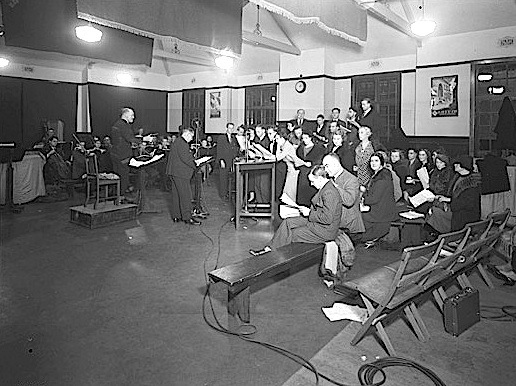 Rehearsing at Broadcast House in the Supreme Court Gardens 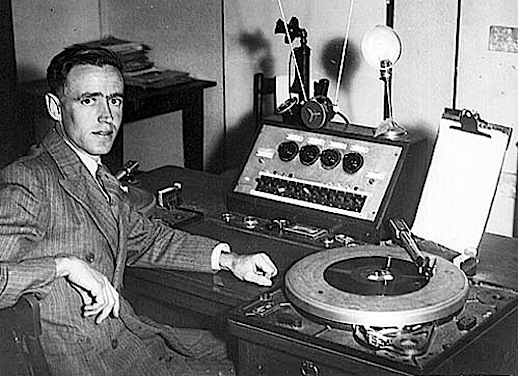 Announcer Godfrey Carter at the 6WN desk in 1939

The ABC started in Perth with radio station 6WF, when it was nationalised by the Commonwealth Government, following a Royal Commission in 1927. Prior to that, 6WF dates back to 1924 when Western Farmers Limited (Wesfarmers) began operating the radio station from the top floor of the company’s Wellington Street building. 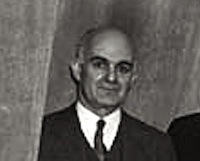 In 1929, the Australian Broadcasting Company took over the station until the Australian Broadcasting Commission Act was passed on July 1, 1932, under the Federal Labor government. This company was a consortium of entertainment interests formed to supply radio programs for broadcast on the former “A-class” transmitters contracted to the Commonwealth Government’s ‘National Broadcasting Service’. A-Class stations received government funding and were able to take limited advertising. B-Class stations received no government funding, but instead were funded by advertising. The Royal Commission of 1927 had recommended full nationalisation, but the conservative Nationalist government chose this approach instead. A policy that changed when Federal Labor gained power. 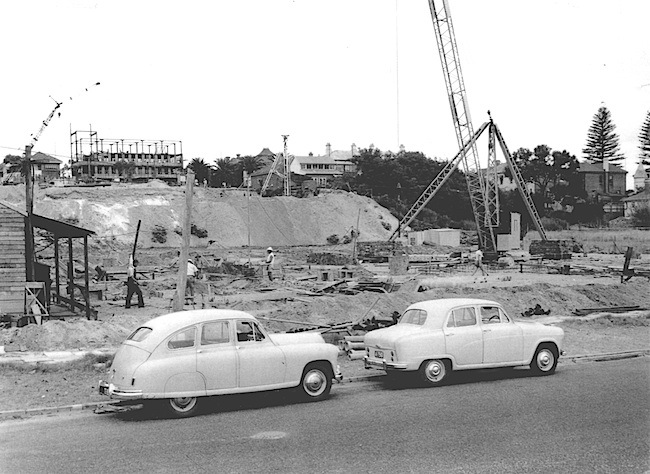 The Perth studio complex featured in the below video was built in 1958, on the former site of Rose Hill House, at 191 Adelaide Terrace. ABC radio moved to the new facilities in 1959, whilst work continued on the television building on the lower part of the site, facing Terrace Road.

WA TV History
The Perth studio complex was built in 1958, on the former site of Rose Hill House, at 191 Adelaide Terrace. ABC radio moved to the new facilities in 1959, whilst work continued on the television building on the lower part of the site, facing Terrace Road. 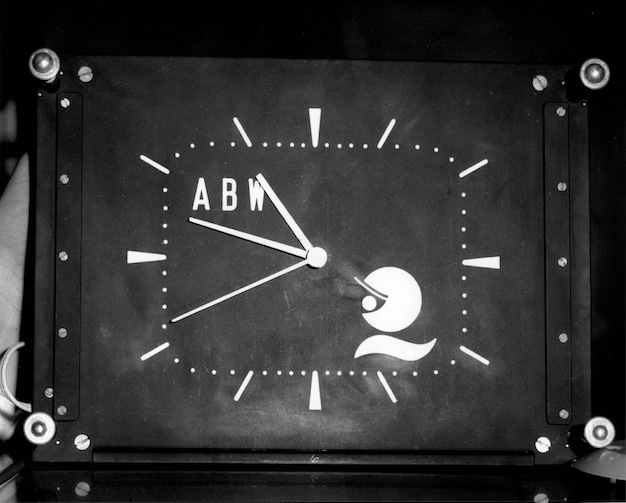 Much of the credit for the new building goes to Basil Kirke, who returned to Western Australia as manager in 1952 and lobbied tirelessly for new offices and studios. He fell seriously ill in 1957 and died in 1958, before the move to the new premises took place. In 1961 the large orchestral studio 620 was named in his honour.

Interestingly, the ABC does not own the transmitting facilities it uses to broadcast its programs. The Australian Broadcasting Commission Act 1932 specified that the Postmaster General should undertake the provision and operation of all technical services associated with the transmission of programs. This included control of the radio technicians working for the ABC, the transmission lines for Outside Broadcasts and circuits to transmitting sites and the actual transmitters. The Postmaster General’s Department (PMG) was created at Federation in 1901 to control all postal (and later, telecommunications) services within Australia. Its minister was the Postmaster-General. In mid-1975 it was disaggregated into the Australian Telecommunications Commission (trading as Telecom Australia) and the Australian Postal Commission (trading as Australia Post). It also controlled radio and television broadcast licensing, which is now controlled by the Australian Communications and Media Authority. Telecom Australia changed its name to Telstra in 1995.

Both the PMG and the ABC were responsible to the Postmaster General, who could issue instructions to broadcast, or not to broadcast, particular items. A change began with the advent of ABC Television, as then the ABC was responsible for its television technical facilities and had to engage the necessary engineers and technicians. It wasn’t until 1964 that the PMG relinquished control of the technical side of ABC Radio, though radio technical staff continued to work under a different appendix to their TV equivalent. Once the signal left the ABC studios, the technical aspects of the National Broadcasting Service continued to be operated by the Postmaster-General’s Department, until the creation of Telecom Australia in 1975. Thereafter Telecom provided and operated the transmitters and equipment under contractual arrangements with the Department of Communications, until these functions were brought under one body with the establishment of the National Transmission Agency (NTA) in 1992. In December 1998 Parliament approved legislation to permit the sale of the NTA. In March 1999 NTL (a UK based telecoms and media company) won the bid to own and operate the national transmission network. 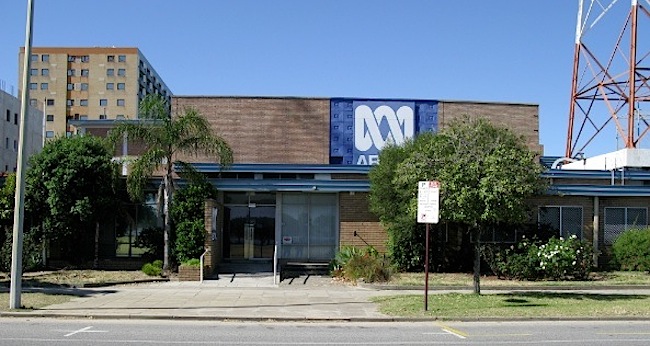 Now the former ABC Television building on Terrace Road is being demolished to make way for two new buildings. 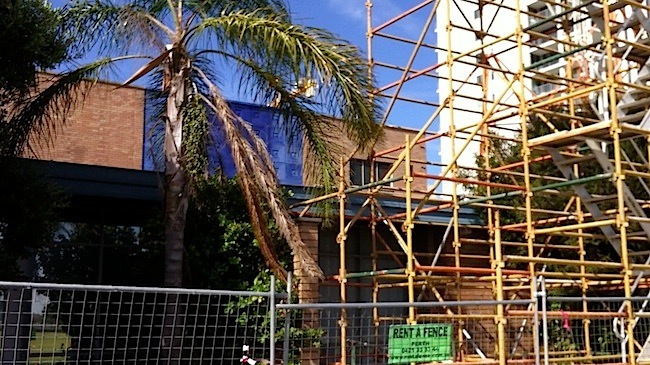 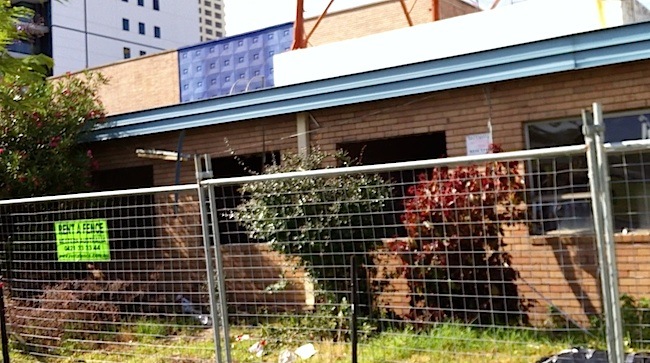 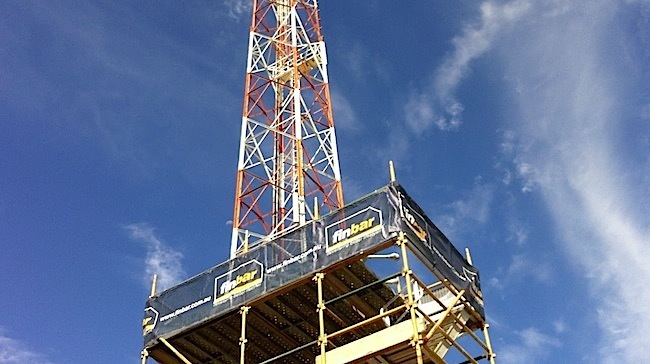 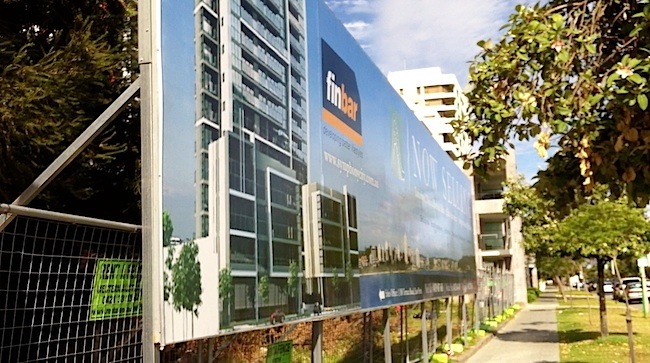 Stage 2, located at 88 Terrace Road, will be developed into a 21 level apartment building comprising 43 premium half floor apartments averaging 172 sqm in size. A 676 sqm penthouse and a 476 sqm sub-penthouse will occupy levels 20 and 21.

The third and fourth stages will comprise the refurbishment of heritage buildings and the construction of a new 29 storey tower on Adelaide Terrace. Details will be released at a later date.

The Basil Kirke Studio and the adjoining radio building fronting Adelaide Terrace will be retained but the remainder of the block will be considerably redeveloped.