Re unionists  Sunday 18th October 2009 certainly proved to be an event to be remembered, not only for the re-kindling of friendships with old ( I use the word “old” cautiously ) colleagues, but for the awareness of the almost forgotten technology on display. Fortunately these items were saved from the tip by early management and staff who had the vision to provide for the enlightenment of future generations.

If you have called in at our exhibition in Fremantle (open till December 4th) you will have an understanding of what has already been saved from going to landfill, and the stories of industry pioneers, many of whom were relatively unknown before the visit. Our display has been set up by our small team of local and mainly retired television personnel. They are very much aware that the days of the massive studio complexes on the Hill are numbered. The bulldozers will soon remove every trace of what was once a great industry in which to have been involved. While networking and computers appear to be the way ahead, future generations should be reminded of the days when it was a “people” business with the attendant magic and mistakes as programmes went live to air.

If you would like to play a part in preserving the heritage of our industry, AMMPT would love to have you as a volunteer member – cost $25 per year. I would be happy to send you a membership application form. Not only do we need assistance with the preservation and restoration of the technology, administrative and promotional activities also require personnel for doing newsletters, web pages, arranging displays and events etc. In fact we can tailor a valued task to anyone who is interested in helping, whatever your area of expertise. Time is running out on many fronts, so I would welcome you making contact if you think you can give us a hand.

Hon. John Day, Minister for Culture and the Arts

The exhibition features the development of television from the early 1936 experiments by Blake Horrocks in Harvey, the public demonstration of television at the Perth Town Hall in 1949 and the subsequent establishment of the commercial and national channels.

Interactive displays explain the very origins of the illusion of moving images which are proving very popular with children and adults alike.

The exhibition has four main themes; 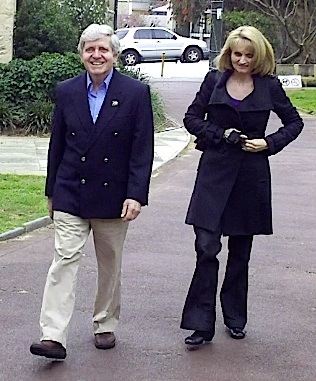